There are many who feel that there is a determined effort to silence the voices of rank and file socialists in the labour movement.  Numerous examples of this tendency have been cited. There has been no annual conference of the Party since Sir Keir Starmer was elected leader.  Many comrades were suspended for discussing resolutions in solidarity with Jeremy Corbyn.  Edicts have been issued indicating that some items may not be debated by party organisations. Power has been handed over to senior officials to remove duly selected candidates. 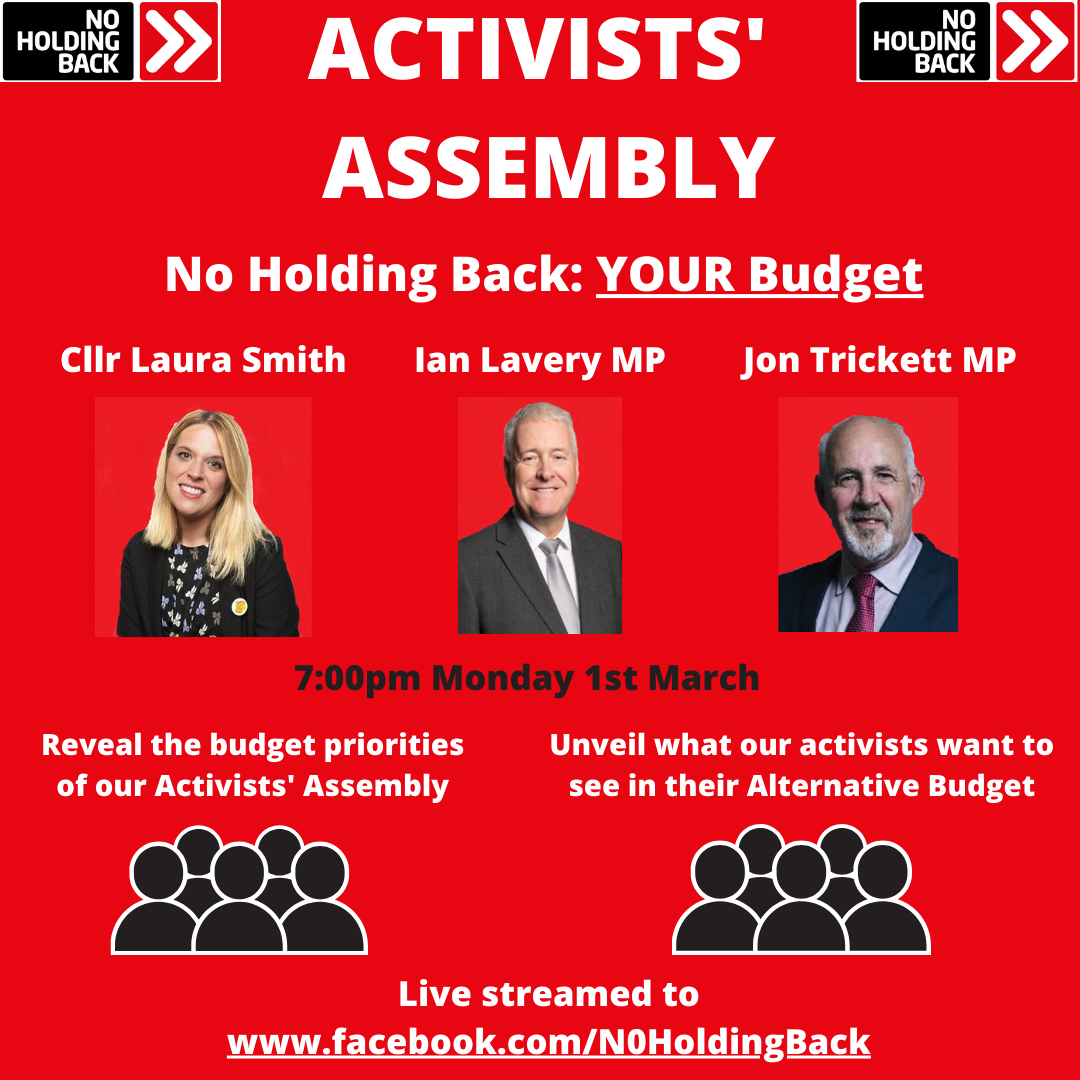 But let’s make it crystal clear that the voices of the members must never be silenced. Furthermore, ‘They’ simply cannot erase a powerful idea, like the idea of social justice. This is always the case.  But, at a time of national and international crisis, this is especially true. Democratic socialism is the only hope for humanity, and our activists will make their voices heard.

This is why I and my colleagues at No Holding Back have launched an Activists’ Assembly. The results show that our activists have a clear sighted view of the economy we need to create. We will publish their views before Wednesday’s budget.

Laura Smith was Labour MP for Crewe and Nantwich from 2017 to 2019 and in 2020 was elected to Cheshire East Council.

Subscribe to the blog for email notifications of new posts